I’ve done similar posts to these before, but this year I thought I would do it slightly differently. Once again the list comes from one of my iTunes playlists which looks at the Top 100 tracks I’ve been playing in the last 12 months.

1. Peg – Steely Dan – The video how this complex track was ‘assembled’ by the best musicians in the business for the Aja album (in my opinion)

2. Genesis – After the Ordeal – This track comes from another favourite album of mine ‘Selling England by the Pound’ from the early 1970’s.

3. Bill Withers – Ain’t No Sunshine – This track was used in a clever scene in the film Notting Hill starring Julia Roberts and Hugh Grant

4. Mason Williams – Classical Gas – No sure why I love this track so much, but it dates back to my early awareness of music and I tend to like guitar instrumentals a lot!

5. Bruce Hornsby & the Range – The Way It Is – A 1980’s classic, the track that started my love of Bruce Hornsby and his magic piano playing.

6. Gerry Rafferty – Night Owl  – Gerry has a different way of singing, but I can listen to his albums often late at night without tiring of them.

7. Pink Floyd – Sorrow  taken from the live album Pulse. I’m not always a fan of Live albums but Pink Floyd are an exception to this rule.

9. Steelers Wheel – Stuck in the Middle – Gerry Rafferty again, Love the line ‘Clowns to the left of me Jokers to the right‘ it reminds me of trying to mediating in disputes at times!

10. Phil Collins – In The Air Tonight – I listen to a lot of Phil Collins tracks, love the drums on this track, especially once it gets going at about 3:15 in to the track!

My favourite new track of 2014 was Pharrell Williams – Happy

Once again here’s the Top 100 music tracks I have listened to in 2013, this is an output from iTunes so it includes music I listen to in the car, whilst at my desk or wandering around. I listen to many hours of music in any week, but these tracks are the ones I’ve listened to most. In the year I listened to over 3000 different music tracks!

What do you enjoy listening to?

I’ve been a Fleetwood Mac fan for longer than I can remember, certainly the early 1970’s possibly before then as a kid. I’ve also loved to hear about the background to some of my favourite songs no matter which band it is. 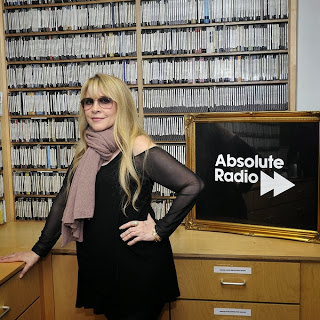 I came across this interview this evening, absolutely brilliant and a very enjoyable hour listening to the music from that golden era as well as hearing Stevie. Moments like this have to be captured and savoured.

Here is a list of the top 25 tracks I listened to in 2012… at my desk, in the car or just wandering around on my iPod. Quite a varied list…yes no?

What are you listening to?

My love of modern pop music dates back to my childhood. I have a very vague recollection of going to see the film ‘Hard Day’s Night’ at the cinema, which would have been about 1964, I was only 5 then hence why I say vague. I was born ‘across the water’ in Bebington, which is the other side of the River Mersey from Liverpool, where the Beatles thing all sort of exploded during my childhood, although I don’t remember much about them apart from their appearances on TV.

The first album I can recall buying was by Simon and Garfunkel, although I’m not sure why I bought it, may be it was to impress a girl I knew at the time!  Anyway my musical interest sort of laid dormant for a couple of years or so. Then a friend of mine introduced me to the guitar, he was in a band and I went along to see them play a few times. I bought my own guitar and tried to learn how to play it, not very well I may add.

One of the first guitar pieces my friend Peter tried to teach me was the lead guitar from a Steely Dan track off of their album ‘Can’t Buy a Thrill’ called ‘Reelin’ in the Years’ which I feel I’m doing now! I literally tied up my fingers in knots learning that one track. I can just about remember how to play some of it still, but not at the speed required!

END_OF_DOCUMENT_TOKEN_TO_BE_REPLACED

I’ve been using iTunes for several years and I think I got my first iPod in March 2004, a 20GB 3rd generation model. I have since got a bigger capacity one. But the topic of this post is how I have been using Smart Play Lists.

I have one play list which I use a lot, which I devised so that I don’t listen to the same song again once I have played it on my iPod or on iTunes. It uses the last played date which is recorded when ever you play a track either on the iPod or on iTunes. So this is what my Smart Play List looks like:

So if a track has not been played for more than 10 months and also if it is rated 5 stars it is included in the list.  So each time you listen to a track when you next sync with iTunes then that track will disappear off of the play list for at least 10 months in my case.

You can also restrict the size of the list depending on the capacity of your iPod, this adds a bit more variety to each sync.

I also normally turn on shuffle to further randomise the list otherwise you will quickly play all the artists at the beginning of the alphabet and never get to ZZ Top!!

You don’t have to set it to 10 months, you can vary the time span accordingly depending on how recent you want a repeat to be.

I have found this works for me quite well and I rarely get fed up with what iTunes feeds me.