I’m used to using my large 27 inch iMac at home, I rarely use applications full screen though, you start to suffer from moving your head from left to right, like you are watching a tennis match on Centre Court!! So I tend to divide the screen between two apps at a time. Mail and Skype, or Safari and Twitter etc.

Quite often I will drag a tab out of Safari and sit it next to the other Safari window, so I have the two side by side. I can see both that way. I can place the mouse cursor in one Safari window, whilst the flashing on-screen cursor is in the other and happily copy links from one window with the mouse and paste them in the other with a key stroke without having to change the active window, it just works brilliantly for that simple function.

I’m writing this post whilst away from home on my Macbook Pro, the same resolution screen as I have at home, but smaller screen size. Resizing windows to fit two side by side isn’t so practical on a 13 inch screen, but with a simple app I have gained a second display using my iPad.

My iPad isn’t particularly new, it’s the 3rd generation one, but with the Duet App loaded it functions as a second display when connected via the USB cable to the Macbook Pro. 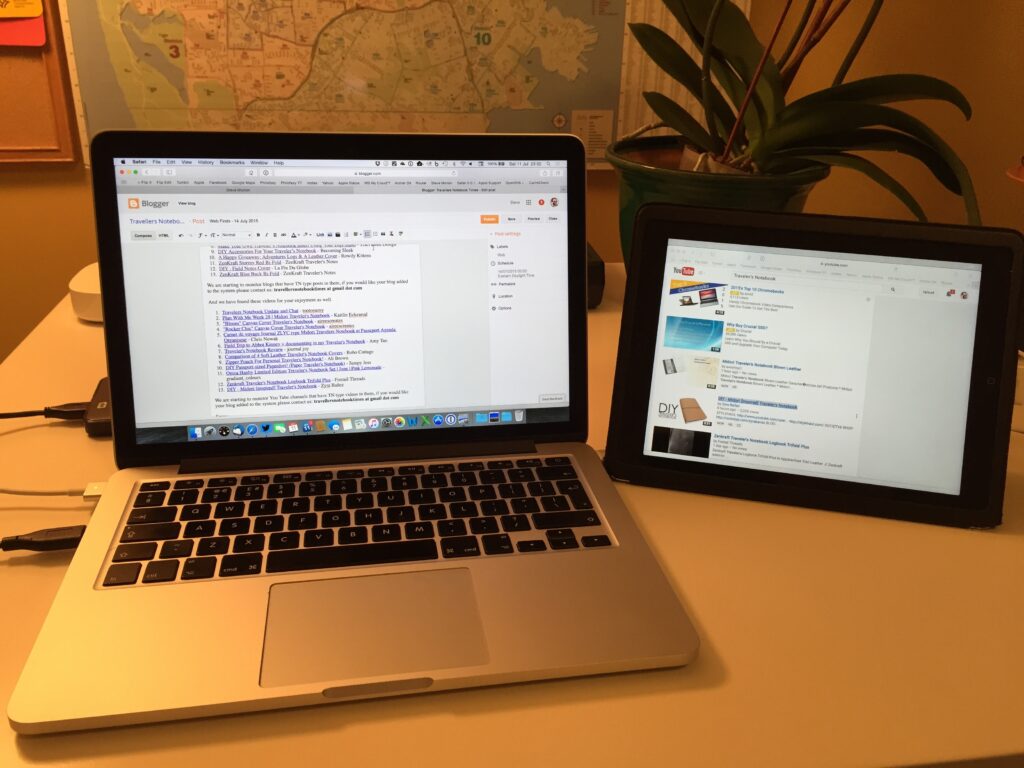 Even on my old iPad there is no detectable lag or delay in the cursor movement, the second display acts just like it is the main display. If you press the home key on the iPad to come out of the app, any windows or apps you had placed on the iPad screen are moved back on to the main screen without having to close them or reopen them.

So if you have a spare iPad you aren’t sure what to do with it… turn it in to a second display for your laptop or even your Mac or PC at home.

So after weeks of deliberation… well not quite. I’ve made a decision and ordered a new iMac. I had looked at Windows PC’s but by the time you added in the extra software I would need to purchase and a similar size monitor I would have exceeded the price of the iMac.

So I’ve ordered a new iMac quad core machine with a 27 inch monitor… yes it’s big! But in terms of screen resolution it’s only slightly bigger than what I’m using at present but by combining two monitors. Having it all on one screen will be a lot more useful, and I will spend less time glancing left and right all the time!

Delivery date is as yet to be confirmed but some time this month. I will still be retaining my netbook PC for XP and portable use, it works well and it’s very compact. My two existing monitors will find use on other PC’s and at last I think I will be getting rid of the last two CRT monitors we own.

I’m looking forward to the iMac it will be a new challenge although I’m familiar with the Apple OS, using it full time will be different.