I’ve occasionally heard of people not being able to comment on Philofaxy, but until tonight I was unable replicate the symptoms. By talking to one or two users about what exactly the blog was or wasn’t doing, I got a few ideas.

In the past I’ve suggested people trying different browsers this has been with mixed results. So tonight starting with Firefox I was able to go to another blogspot blog and get it to not allow me to comment repeatedly, and then after trying various things discover what it was that was stopping me commenting. I won’t go through the experiment in detail, just go through the cure…

In Firefox I was able to still disallow 3rd party cookies but I then added an exception to allow the cookie from blogger.com this then allowed me to post comments ok. 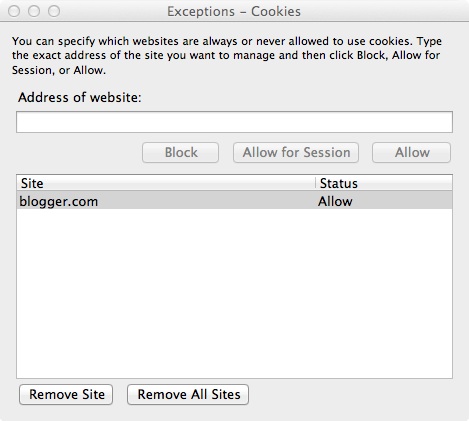 Next I tried Google Chrome, again allowing 3rd party cookies and it allowed me to comment, but for some reason I’ve not discovered yet even allowing the cookie from blogger.com still wouldn’t let me comment, so some more work is required on Chrome to fully understand why the fix doesn’t work.It appears that I’m being logged out each time which I think is the symptom of the problem, allowing 3rd party cookies though and the problem disappears!

To get to the settings you have to go in to the advance settings: 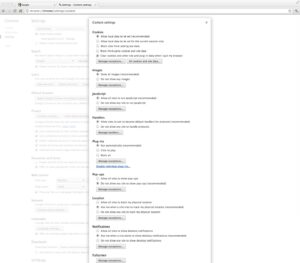 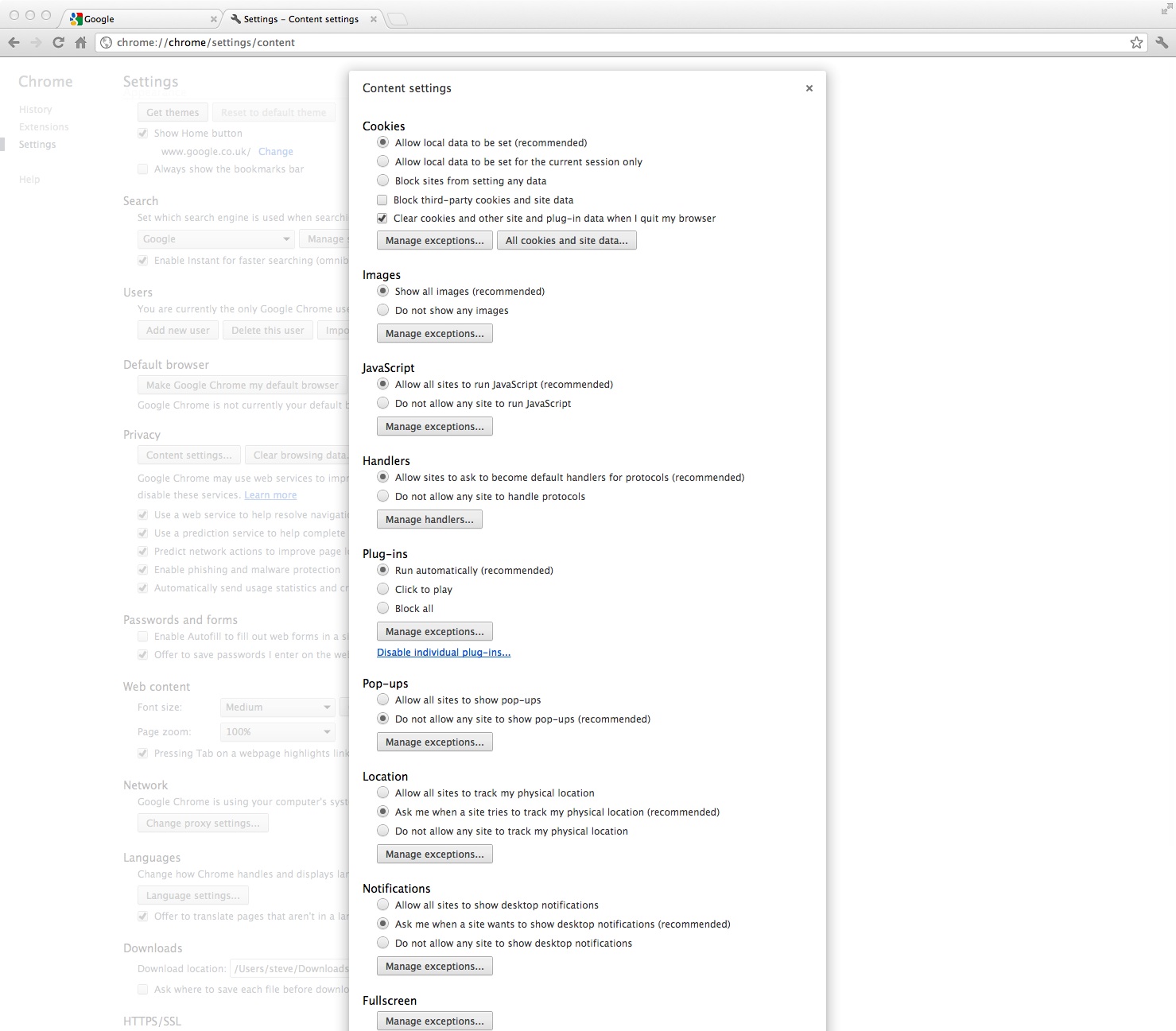 On Safari, you can’t add exceptions, but under certain circumstances that setting didn’t seem to make any difference as long as I allowed popups on websites. How bizarre is that! So again more work on Safari to fully understand how it works.

So my advice at the moment is if you want to block 3rd party cookies, then use Firefox

All tests carried out on a Mac, although I believe the results will be the same on all Operating Systems.