I owned a Volkswagen Touran back in 2004 until 2008, it was a Sport TDI 140 model with a manual 6 speed box. This particular car replaced a Renault Megane Scenic that we had owned for about 5 years. We had got the MPV bug for sure, mainly for the comfort and practicality of being able to move the seats around and ability to go for long distances without too much strain. 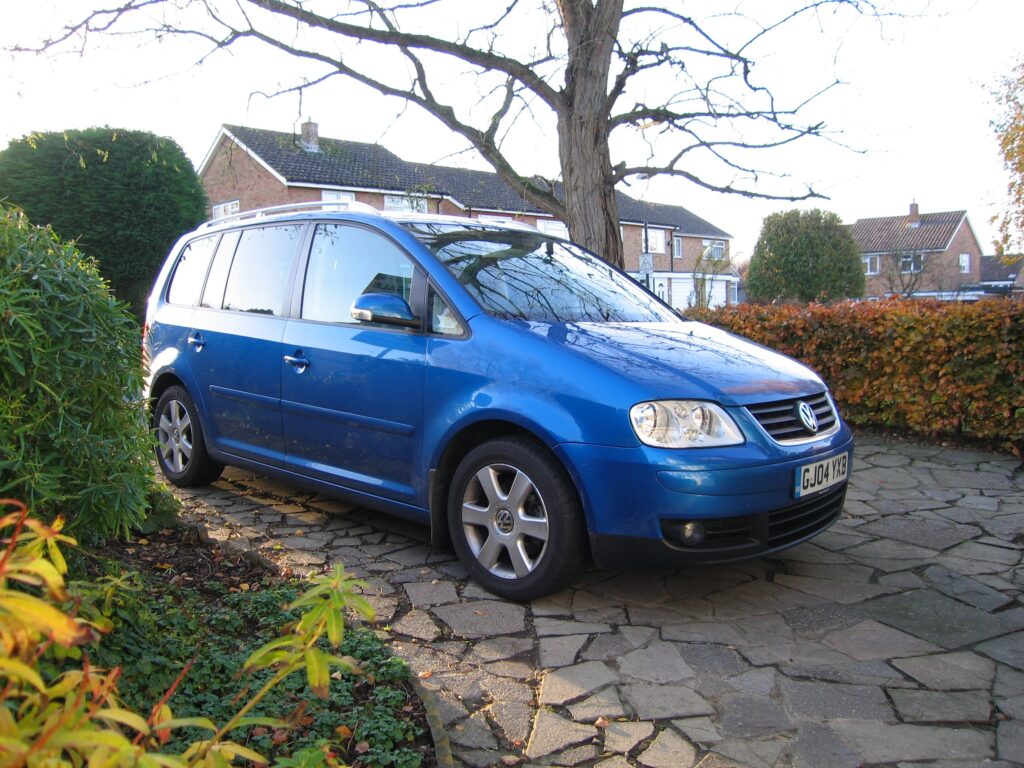 After the Touran we downsized to just one car and had just a Vauxhall Zafira, again an MPV but a 7 seater and also an automatic. Sadly more or less from day one I found the Zafira not as comfortable to drive as the Touran mainly because of the position of the accelerator pedal, it was too far towards the driver. However, we didn’t mind too much because we were in the throws of moving to France so we knew it wouldn’t be for more than two years.

So having moved to France in May last year (doesn’t time fly!) and the lease on our Zafira was coming to an end in April, we had to get another car ordered. It didn’t take me very long to decide on another Touran, although I did look at other makes and models. But each time I came back to a Touran. This time though it is LHD (naturally) and an auto instead of manual. 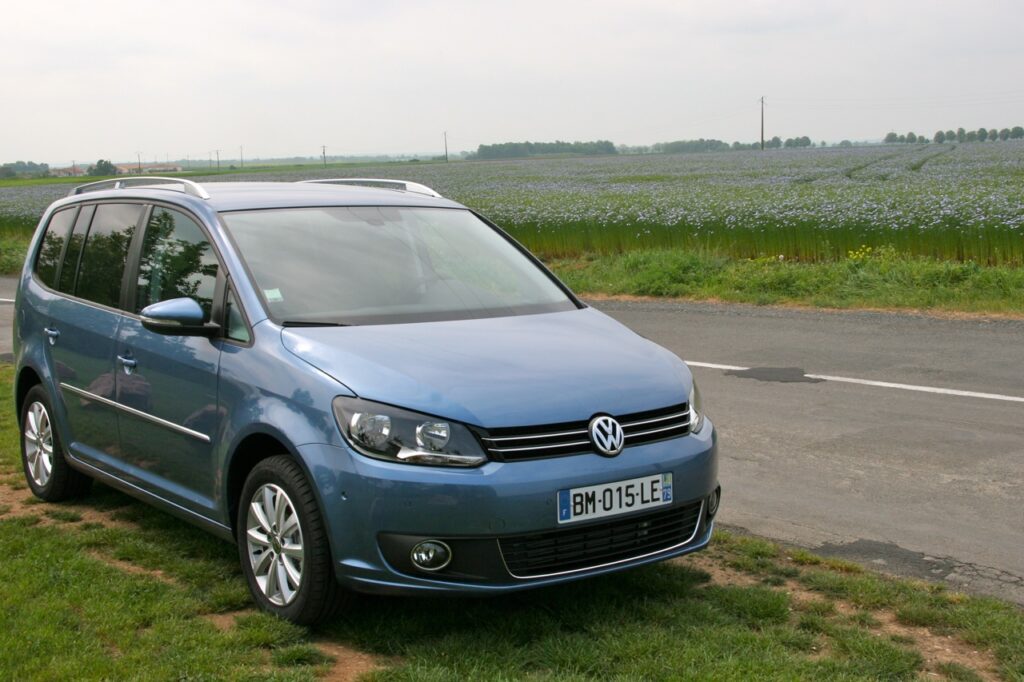 Compared to the old one some things are new, some things are just the same and some things have just been updated. But as you can see the basic style of the car is very similar. Some people don’t like this but I prefer evolution rather than revolution when it comes to car design.

The new one is also a two litre diesel powered model, but an updated version of the previous one. It seems to be more efficient better mpg, or less litres/km if you wish. This one is fitted with the 6 speed DSG (Direct Shift Gearbox) autobox which is essentially two gear boxes with one side doing 1, 3, and 5th gears the other 2, 4, and 6th gears and the clever electronics shifts between the gears sequentially in milliseconds meaning that apart from the engine note you don’t notice the gear changes.

It is nice to have cruise control back again, the Zafira didn’t have it at all. And the version in the Touran is an improved version in the way it functions. It will even stay engaged even though the gear box has needed to change down. So as you approach a roundabout at say 90kph touch the brakes and this disconnects the cruise control, the car slows down, may be drops a couple of gears. You negotiate the roundabout than then flick the button to re-engage your previous set speed and the car will accellerate itself back up to 90kph changing gears as required.

The audio system on the car is also fitted with an iPod interface. I know these have been around for years but I never got around to having one fitted on the previous Touran. I’m using my iPod Classic which stays in the car and I sync it to update my play lists every few weeks. On a recent long journey back to UK I caught up on quite a few pod casts which was quite a refreshing change to listening to music.

I’ve done nearly 3000 km in the two months we have had the new car, this has included a trip to North West of England and back again which accounted for about half of that distance. Fuel consumption is very good on anything more than an around town trip, but even then it is in the mid 40’s mpg. The car displays litres/100km but it can be changed to display mpg and miles!! But I leave it in kms as I’m getting used to that now. The displays I’ve managed to change in to English as well.